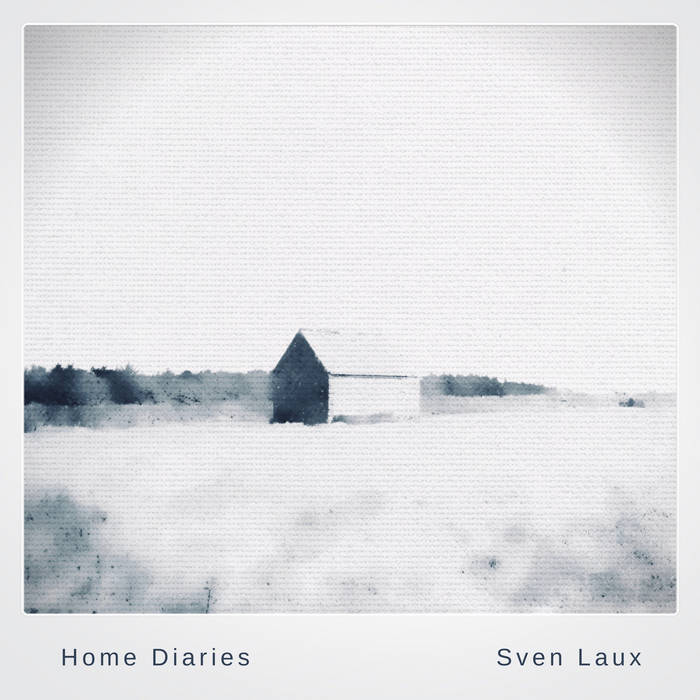 'Home Diaries is an invitation to artists and musicians to create an album or EP to document their personal experience during the lockdown or social distancing conditions that are upon us, due to the coronavirus outbreak. The series reflects a range of sounds, styles and ideas, as each artist portrays their own reflections uniquely. Each release is digital-only for now, as we hope to raise what we can to help keep our label ticking over at this time. The releases feature a recurring polaroid image of a small lonely house, with a coloured filter chosen by the artist for each respective release. We interview each artist and this is included as a bonus PDF with the download. You can also check out the Home Diaries series on Spotify if you prefer, which will be available to stream in due course.

Next, we welcome back a regular contributor to our catalogue, Berlin's Sven Laux. Sven has released albums 'Schachmatt' and 'ODD' with us as well as contribute remixes and compilation pieces. Aside from working with us, Sven has also released with labels such as Archives, Dronarivm and more recently Fluid Audio, in a collaborative release with our label owner Harry Towell. He also runs the 'Seasides on Postcards' label.

Sven's 'Home Diaries' came about suddenly, after his experience of the pandemic saw him living away from home, some 100km from Berlin. He was staying with family for childcare purposes but the weeks away from his art drove him to head back home alone. Over some intense days in his studio, Sven had created 'Scattered Fragments of Separation', a full and immersive album of modern classical compositions. The dreamy but emotive sound of the piano became the focus of his sound, as he wanted to both lose himself whilst also, channel his experiences into a documentary record which preserve this strange time.'
_______________________________________________________

'[...] A full-length release comprising nine tracks and fifty minutes in length, “Scattered Fragments of Separation” easily showcases why Laux is being noted as someone whose releases are worth investigating. The tracks, titled “Fragment 1” through to “Fragment 9” blur the lines between Modern Classical and Ambient (with some retro-sounding synth-action) and are anchored by a stillness and slightly cold melancholic sound. The end result is another release which to fully immerse yourself into.'
- driftingalmostfalling.wordpress.com
_______________________________________________________